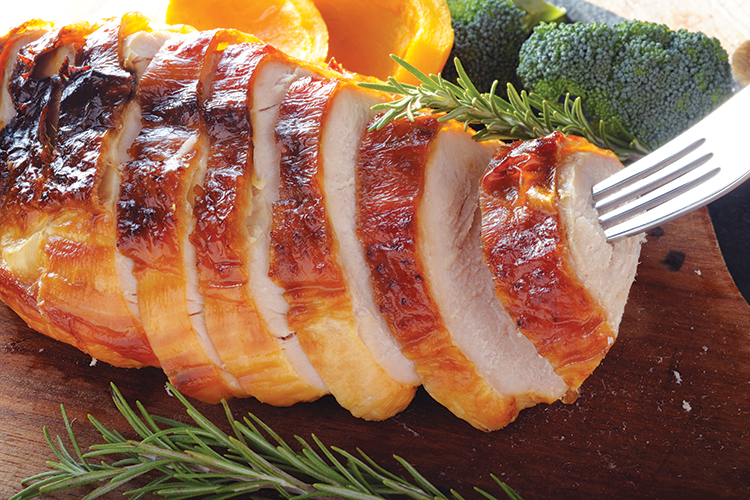 We live in a world where consumers seek out varied product attributes up and down the food supply chain. This is fueling “good” label claims in product innovation, particularly with meat and poultry. Brands are smart to define their own idea of “good” and ensure that their definition aligns with the core user. For many meat and poultry consumers, good has come to mean good for me, good for the animal and good for the planet. These goals may be achievable with simple formulations, natural ingredients and responsible stewardship.

“For decades, the source of food and how it’s made hasn’t really been an important message to consumers,” said Dennis Ryan, Executive Creative Director, Bader Rutter Intel Distillery, Chicago. “In an increasingly commoditized market, good taste alone isn’t always enough. Between the proliferation of brands and information access, consumers can really scrutinize and choose brands based on whether they align with their values.”

“Consumers tie many of the production practices back to their own health,” said Anne-Marie Roerink, President, 210 Analytics, LLC, San Antonio, Texas, author of the study. “Raised in the USA, no added hormones and all natural are the three claims shoppers would like to see more.”

The Power of Meat research shows that organic and natural interest is driven by millennials, while the other production claims are appreciated across generations. The research also shows that nutrient content claims present an opportunity to attract shoppers. This opportunity includes both positive claims, such as high-protein, as well as nutrient reductions, such as less sodium and no-added sugars.

“Brands are searching for ways to build loyalty among increasingly discerning and fragmented consumer groups,” said Robertson Allen, Senior Consultant, The Hartman Group, Bellevue, Washington. “The concept of brand remains viable only insofar as it consistently, meaningfully and distinctively represents the attributes that are relevant to consumers in a given category or set of categories.”

Tom Rourke, Technical Director, 20/20 Food Partners and consultant with Corbion, Lenexa, Kan., said, “In previous times, the U.S. Department of Agriculture stamp was used as a ‘brand’ that most stores promoted and advertised their fresh meat and poultry. They are now finding value and loyalty in branding. It helps to remove the fresh product from the commodity umbrella and allows for product comparisons and positionings.”

While the majority of front-of-pack marketing on meat and poultry products focuses on production attributes, there’s a fair share that relates to nutrients and ingredient sourcing. Sodium content claims, for example, can be found on a growing number of ready-to-eat meats as well as bacon. Sugar-free claims are being made on bacon and meat snacks, as these high-protein products are part of many specialty diets, namely keto, Whole30 and paleo, which include strict limits on added sugars. Uncured is also a trending label claim; however, the U.S. Food and Drug Administration is in the process of updating the definition of uncured, which currently is allowed on meats that rely on natural sources of nitrates and nitrites, e.g., celery powder.

“For years the meat industry has depended on synthetically produced sodium nitrite for creating cured meat products cost-efficiently; the additive has proven itself as a preservative and color fixative, and has provided a sure-fire way to deliver the defining characteristics meat lovers look for,” said Garrett McCoy, Sr. R&D Manager, Corbion. “For inhibiting lipid oxidation, slowing the development of off-flavors, and improving color stability, processors have long used synthetic antioxidants such as BHA (butylated hydroxyanisole), BHT (butylated hydroxytoluene), PG (propyl gallate), and TBHQ (tertiary butylhydroquinone) to achieve the shelf life extension they need.”

Corbion offers a range of ingredient solutions to assist meat and poultry processors with making good label claims in order to build their brand in today’s competitive marketplace. Food-grade acids, such as the acetic acid naturally present in vinegar, as well as plant-based extracts, including concentrates obtained from acerola, celery and rosemary, are examples of natural preservatives that can extend shelf life by either preventing undesirable microbial growth or maintaining desirable color, flavor and texture.

“Refrigerated ground beef and poultry can be enhanced with rosemary and vinegar to extend shelf life,” said Rourke. “Rosemary is to preserve color, while vinegar reduces the chance of spoilage. Skin-on-chicken is a big opportunity for the same two ingredients, as it is very challenging to control spoilage organisms under the skin.”

While high-pressure processing (HPP) and sous vide cooking are technologies that help manufacturers extend the shelf life of ready-to-eat meats without using artificial ingredients, natural preservatives are often included in order to maintain safety and quality once the package is opened and stored in the refrigerator. This is particularly true with all-natural luncheon meats, where HPP has become quite popular. HPP even allows for a reduction in sodium, a natural preservative, allowing for claims such as “no artificial preservatives” and “less sodium.”

Corbion conducted research in 2016 that combined HPP with traditional and natural preservatives. When preservatives were included, the study showed that HPP time and pressure could be reduced, which improves the speed of process and reduces wear and tear on the HPP equipment.

“In combination with HPP, Corbion solutions can add a layer of food safety protection, especially once the package is opened,” said Rourke.